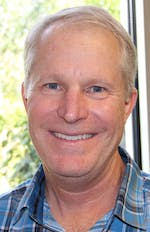 Ted began working at Tomsic PT in the summer of 2017 after leaving Eagle, CO where he collaborated extensively with the prestigious Steadman Clinic in Vail, CO for 11 years. He earned his undergraduate degree in Business Administration and Master’s Degree in Kinesiology at Cal Poly, San Luis Obispo, CA. Following graduate school, he earned his doctorate in Physical Therapy at Husson University where he also taught graduate level Anatomy, Exercise Physiology and Kinesiology. Ted became a Board Certified Orthopedic Specialist in 2010 and completed his Post-Doctoral Fellowship at Regis University in 2017. He has advanced training in complex head/neck/dizziness disorders as well rehabilitation of the running athlete, having worked with national and world class athletes at Stanford, The University of California, The University of Colorado and Cal Poly.

Ted is the co-chair of the Professional Development Committee of The Colorado Chapter of American Physical Therapy Association and sits on that organization’s Board of Directors. Helping patients achieve goals that are important to them and educating the next generation of therapists drives Ted’s passion for continued growth both in the field of Physical Therapy and general health and wellness.